Well then, my random question that I had been posting for awhile on this blog’s heading just got its answer, magically.

Q: When an asteroid hit the Earth, what would you do?

A: I would go switching bodies with a girl, who lived in the area affected three years ago and should have been dead by the actual time, make a ruckus in some Autumn festival to evacuate townspeople and save the day (and especially save the girl).

Thank you Kimi No Na Wa for helping me found the answer :’)

Beside that, there are a lot of things that I love about this movie.

From the start, I felt so nostalgic when watching this movie (later on I realized that it produced by the same director as the brilliant movie “5 cm per second”)

The intro music remind me of Bump of Chicken (although it’s not them sadly), the artwork of the characters are simple yet the background scenery details are drawn very accurate and beautiful, matched with soothing theme song.

The storyline itself is like a fortune cookie, you know that it’s a cookie but you don’t know what is written in the piece of paper inside. It definitely have the right of our applause for its element of surprises. You know from the trailer and from the intro that there is this shrine girl who could switch place with some random guy in Tokyo, and there’s this komet Tiamat which will pass by Japan in the next days. So what then?

As the movie developed, you realized that none of them coincidentally happened.

I wouldn’t tell the rest of the story, because it’s tiring and pointless. You should watch it for yourself.

What I want to talk about is about the Time. The concept of Time.

I assumed that Japanese somehow obsessed with Time. As there is this movie ‘the girl who can leap time’ and many more. They really could visualized this concept of Time briliantly, with some romantic spices.

The concept of time (or life) itself had been explained analogically by Paulo Coelho in his book Aleph as the train with many carriages. Sometime we sit in one carriage, sometime we sit in another, and sometime we cross to the other when we’ve been dreaming. Every moment actually happened in that one train but because of we’re in different carriages we didn’t know what others do in each carriages.

The concept ressonate well with Kimi no Nawa universe, especially when the boy stands on top of the hill and also the girl is standing at the same place but they separated by like 3 years of time. And just one brief moment when the sun is setting down they get to see each other, and the moment is disappear when the sun’s gone. It is like you open the carriage’s door that lead to another carriage and see the person inside and the the door closed and you couldn’t see the person anymore.

Well for me, it is very hard to understand The Kimi no Nawa or Paulo Coelho universe of life and time. But one thing for sure, I know that if an asteroid hit the earth, you could still put some effort to survive. We deserve to live and an asteroid is just one obstacle that we need to overcome.

That moment when you realized that one person really loves you is when he said that you’re really beautiful, even when you know that you’re not. Then he reassured you with saying “you’re beautiful, it’s true”. And you know that he was genuine with what he said because of it’s so rare for him to give compliments to you, even to others. 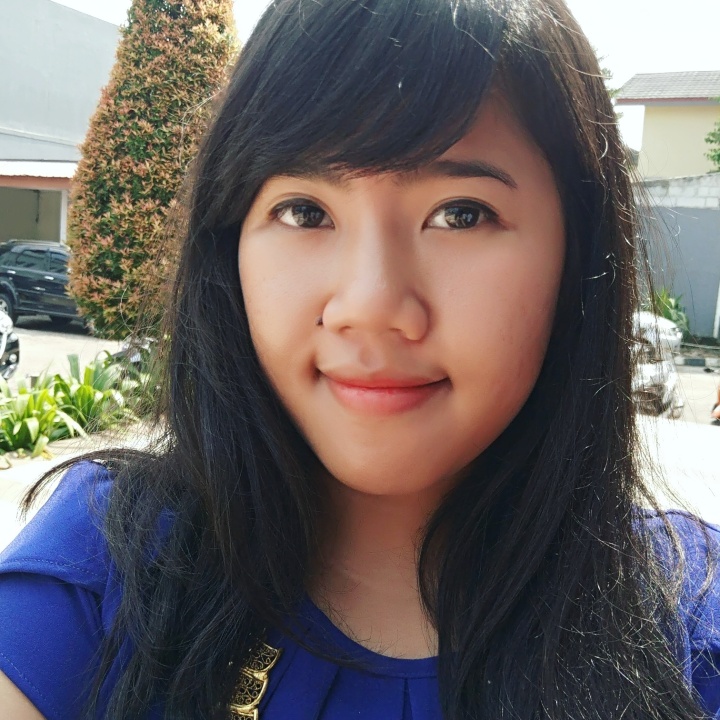 Thanks to ‘no make up’ make up, washed hair, trimmed eyebrow, and the sun for shining brightly that day 🙂

I’m looking for a turning point my whole damn life

But, it’s not easy when you even don’t know which way to go

I’m not turning, I’m just spinning around the boundary, in my comfort zone

I expected at least I could study abroad bla bla bla

But here I am

Lying around my damn comfort zone

And then I thought

We don’t need any road

We could just briefly respect this tiny dot of our life

Be better than before

We just need to enjoy ourselves to the fullest

With or without that damn turning point

I really want to go away

I’m dying to experience it

​I’m really proud being a woman, but still I really hate this kind of crying-for-no-particular-reason-at-all and all-of-your-immune-system-suddenly-dropped period. Crying while you have flu, fever, and sore throat is not funny at all. 😐 😐

Your body may not be that sick, but you’re so mentally unstable

You don’t want to be in the crowd

Loud noises are so annoying

You just want to be alone

You just want everyone to just leave you alone

Literally alone comforts you the most

You don’t want to talk

You don’t want to smile

Not mention laughing and joking around

You might just wanna die to end this pain

And then you’re crying

Shedding tears for completely no reason

And really really want to hurt everyone

Yet you really want someone close to be there for you

But there’s no one

So you just don’t give a shit

And drowning in your sickness

The world is just a pain

The life itself just merely misery

Welcoming new year with the period of crying for no reason at all is, sucks.

We’re a lover, but somehow, I just kinda felt I’m the only one who loves him. It seems that this one sided love habit of mine couldn’t grow old.